With the World Series upon us, and panic taking hold among Giants Nation, it’s worth reflecting upon the mere miracle of the Giants playing in the 2014 Fall Classic.

If it was anyone other than the Giants, I would find it hard to believe. Could a team that at times seemed so flawed, so patched together with Scotch tape and twine, be going to the World Series?

I can’t say that I called it, although I, like so many other Giants fans, did put some stock in the Even Numbered Year Theory of This Decade, that sees the Giants bringing home a trophy in 2010, 2012, 2014….

But as an eternal optimist, I did often point out, through that long frustrating summer, that the summers of 2010 and 2012 didn’t always feel like destiny was smiling on the Giants. When they trailed the Padres through the summer of 2010, with Edgar Renteria at shortstop, and an outfield patched together with castoffs like Pat Burrell and Cody Ross, did we foresee a World Series trophy? When the Giants fell behind 2-0 to the Reds in 2012, and 3-1 to the Cardinals, did we think reclamation projects like Ryan Vogelsong and Barry Zito would lead them to glory?

So now the Giants are down two games to one to the sudden juggernaut that is the Kansas City Royals, in a matchup of wild card teams (that probably was not supposed to happen so soon in the era of the Wild Card Play-In Game). With the Royals mounting an improbable comeback to beat the A’s, and then sweeping the heavily favored (Anaheim? Los Angeles? California?) Angels and Baltimore Orioles, I asked my son Harry, “Can anyone beat the Royals?” 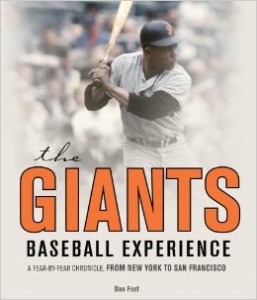